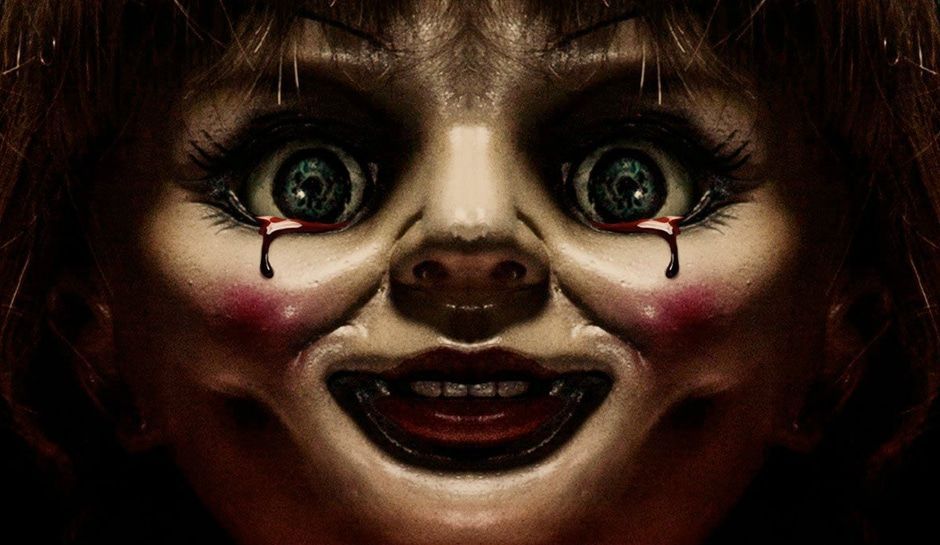 A group of young orphan girls move into a home of a couple that lost their daughter years ago. Throughout the film we see the development of their bonds and relationships, as the couple and the girls, learn to love again and find out true family can come in many forms… That is the heart of Annabelle: Creation.

Aside from the initial exposition, of a married couple opening up their home to a group of young orphan girls, the similarities to what could have been a modern day Annie ends there. There’s no musical numbers, but there is vintage music playing on old record players in the background, as a demonic doll attempts to steal the souls of the young orphan girls. This brings a whole lot of classic horror fun for viewers who enjoy good quality scares.

Annabelle Creation is a prequel to 2014’s Annabelle, and the fourth film in The Conjuring film series. For fans of The Conjuring you’ll recognize the creepy doll Annabelle from those films. Annabelle Creation shows us how Annabelle came to be. The story begins as town dollmaker Samuel Mullins and his wife Esther open their home to Sister Charlotte, a nun, and a small group of girls from an orphanage that has been closed. What seems like a blessing to Sister Charlotte, turns into a nightmare, as the dark secret of the Mullins’ comes to light in the form of a demonic doll living in the house.

Some may call the film formalistic and predictable. They may say that the scares are seen a mile away, and the characters all fit the similar horror tropes.

My question to those critics is: So what?

I don’t know about anyone else, but ever since the days of Scream and all it’s copycats, the so-called horror genre had become more of a slasher and gore genre. Nothing wrong with quality slasher films like Scream, and gore like the first SAW, but despite those innovative ways to tell the story of dreadful humans preying on other humans- NOTHING beats a good ghost story or monster flick. In a time when social media and technology has desensitized, or oversensitized, many to everyday tragedies, it’s nice to see films that still play into the mystery of the unknown, the great beyond, and what goes bump in the night.

It’s nice to watch a film that I’m pretty certain won’t find me in a similar situation as the characters in it (I say as I clutch my bible and say my prayers at night). Being able to watch a movie and get lost in the plot, and for a time, distracted from the real world, can be a nice mental vacation- even if I find myself screaming at the screen in momentary fear.

Annabelle: Creation starts off laying the groundwork for the scares, but wastes no more than 20 minutes before the horror gets underway. As I screamed and hollered with each moment in the theater, and the rest of the audience did as well, I was reminded of feeling like I was on a rollercoaster ride. It doesn’t last long, but it doesn’t need to, because the short thrill is well worth it.

The cast of characters are quality as well. The young orphan girls all had believable portrayals, while Talitha Bateman shines through as the one girl who Annabelle has taken a special interest in. There’s some moments of sisterhood and solidarity among the girls, that gives the film a bit of heart that can sometimes be missing in horror films. You actually come to care for some of them, which raises the stakes in wanting them to make it out of the house alive.

I give the film bonus points also for having the stellar actor Anthony LaPaglia, of Without a Trace fame, playing the tragic doll maker. I also give the film additional bonus points for having a slightly diverse cast, including Mexican American actress Stephanie Sigman as Sister Charlotte, and the young Black actress, Tayler Buck, as the orphan girl Kate. Annabelle: Creation takes place in the 1950s/1960s, but the filmmakers don’t use that as some sort of misplaced cop out in order to make the film completely devoid of people of color.

The special effects are subtle, as they should be. The CGI isn’t overdone. The scare factor in Annabelle: Creation is owed a large chunk to what the audience can’t see, but only anticipate appearing. It’s a return to fearing what’s in the dark, as oppose to having it all laid out in front of us. Annabelle is no Chucky. You may find that to be a good or bad thing depending on how you like your killer dolls, but I thought the understated, and silent, presence of the creepy looking doll was enough for me.

What New Line Cinema and Warner Bros. Pictures has been able to do with The Conjuring film series is bring back good classic horror and monster tale fun. With future spinoff films, The Nun and The Crooked Man, set to come out soon, it’s clear the producers know they’ve got a good thing going.

Is Annabelle: Creation on the level of Shakespeare in writing and character development?

Yet, it doesn’t need to be. it is still unique, even if it’s a return to formalistic scary fun. It’s something perhaps we didn’t know we needed in this day and age, until it was presented to us, and I for one, can’t get enough.